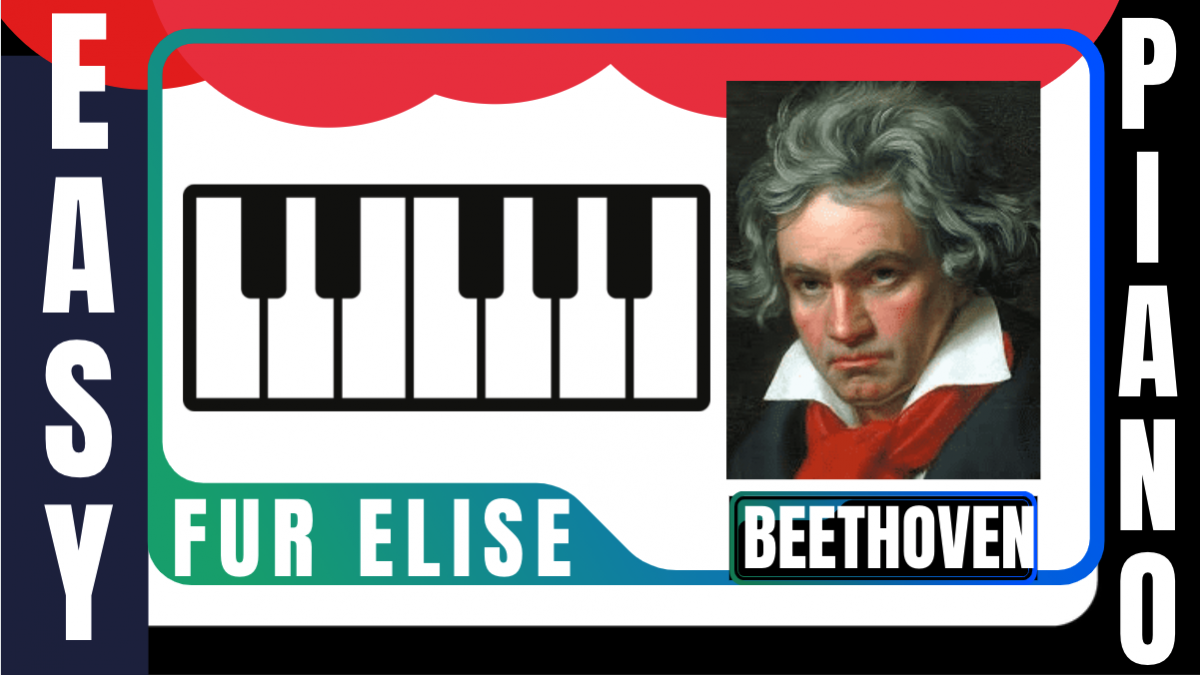 Here is the absolute step by step instruction on how to the play FUR ELISE. Put every step into action and you will be able to play the song.

In this lesson we will learn to play the piano piece called ''Fur Elise'' by Beethoven.

The History of Für Elise

In 1810, when he was 40 years old, Ludwig van Beethoven was already renowned as one of the greatest composers of all time. He was also already plagued by the horrible tinnitus that preceded his eventual deafness. Although the very next year he stopped performing in public altogether, he never stopped composing.

On April 27th, 1810, Beethoven drafted a bagatelle - a small, unimportant song - and jotted the label "Für Elise" on it in his famously messy handwriting. But he never published this piece of music. Instead, it sat in a drawer until 1822, when Beethoven revised it slightly, and shoved it back into the same drawer. In 1827, Beethoven died, and his bagatelle never saw the light of day.

It was only in 1867, 40 years after Beethoven's death, that a musicologist named Ludwig Nohl found the piece of music and published it.

Step One:  Identify The Time Value of Each Musical Note

To be able to play any piano piece, There are two most important element that we will need to decode and learn from the sheet music. Any guesses?

Yes you are right. You will need to learn to decode 1. The Beat/Time Value of each musical Note and 2. Pitch/Musical Alphabet Names.

CONCLUSION:
Practice is the only magical word in MUSIC. so go on do the magic of practice and get to play this piano piece. Comment on the name of the piano piece or the song that you would want to learn.